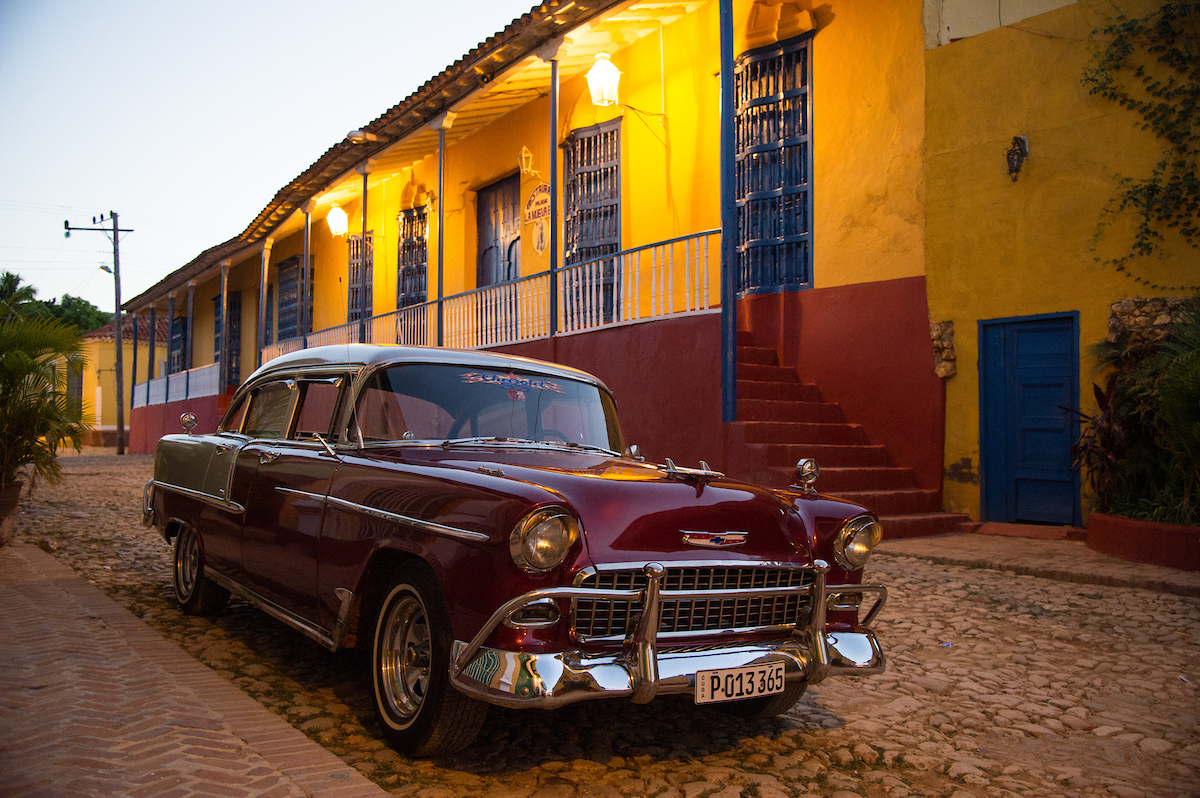 On one of my trips to Cuba, we ventured outside of Havana and drove five hours along the coast to Trinidad. Trinidad is a UNESCO World Heritage Site since 1988.It is one of the best-preserved cities in the Caribbean from the time when the sugar trade was the main industry in the region. It is probably the second most popular city to visit outside of Havana within the island nation. Now the downtown streets are lined with colorful buildings with 1850’s architecture with cars from the 1950’s dotted along the streets.

Trinidad has an older “city center” area around Plaza Mayor where most of the historic buildings and attractions are located. It’s a pedestrian walking area, no cars are allowed. Most tourists tend to stick around Plaza but I would encourage you to get off the beaten path and walk around the neighborhoods and meet the wonderfully friendly locals.

Trinidad and the surrounding areas are still known for their tobacco and sugar cane production. The city was one of the most prosperous cities in Cuba due to enormous sugar production in the nearby Valle de los Ingenios (Valley of the Sugar Mills), which still has some working sugar mills/fields. The region once housed 50 sugar mills. During the 18th and 19th centuries this valley was the sugar producing capital of the world.

The city also offers several museum options to visit including The Museo de Arquitectura, which is located in an 18th century mansion formerly owned by Sanchez Iznaga. Palacio Brunet was once the home of the wealthy sugar baron Conde de Brunet, today it houses Museo Romantico, showcasing luxurious items belonging to the family.

If you want to visit a place that seems frozen in time you should definitely add Trinidad to your Cuban itinerary.